Attire, accessories, outfits: these topics may not necessarily sit at the forefront when it comes to Superheroes, but what they wear is pretty damn vital. Comic books are meant to be visual, to pop out at the reader. Distinctive looks were part of comics even before Superman hit the scene (think Dick Tracey’s yellow trench coat, for example). Over the entirety of comics, new looks have come and gone on heroes, but usually there is some core appearance that a character gets “drawn” back to. One place where superhero costumes sometimes get snagged though, is in Hollywood.

One might suggest that people in Hollywood—the movie industry rather than geographical place—have a better sense of fashion than people who sit around drawing and writing comics. Hollywood is often known for surprising looks and dressing beyond the norm. Look at all the attention given to attire at award ceremonies. It seems odd then that Hollywood is sometimes so reticent about 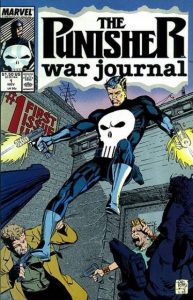 Uniforms on superheroes sometimes have functions. Look at the Punisher. He wears blackish-blue and has a giant white skull on his chest in the comics. This look has been used to a muted degree in movies, although some movies never even use the skull at all. In the Netflix series, the skull is rarely seen. The function of the giant bright skull is to attract gunshots. No, the guy doesn’t want to get shot, but when he does, he wants to be hit on a skull padded with armor rather than in the arm, legs, or head.

Let’s look at Batman next. Movies since the late 80s have all opted for the black armor

sort of look. Yet his more traditional appearance is gray and dark blue, or even gray and black. Perhaps Hollywood producers think gray and blue will look too much like the Adam West days. Batman in the comics doesn’t usually wear full-body armor since it would slow him down. Armor in the movies seems more a ploy to allow actors portraying Batman to appear bulkier. The color black also brings up a bit of a question. Is black really the best color for sneaking around, especially in a city full of contrasting colors and ambient light? Dark blue, sometimes gray, are more common colors for stealth—at least these were colors of traditional ninja outfits. 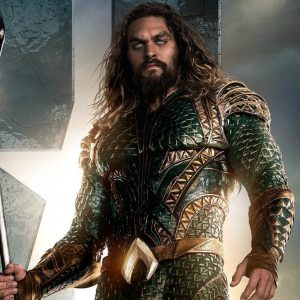 also, have proven that whole teams of heroes can wear costumes. These costumes help the characters stand out from one another. Spider-Man, Iron Man, and Captain America have all rocked the traditional comic-book look on the big-screen. The recent Justice League movie embraced Wonder Woman and Cyborg’s comic appearances, but Aquaman sometimes looked more like a wet biker more than his comic-book counterpart. Perhaps it’s just certain colors that directors wish to avoid for the big screen, as Aquaman is traditionally orange. Speaking of comic team’s, Hollywood continues to get the appearance of the X-Men all wrong.

The X-Men movies, unfortunately, have just about the worst superhero costumes. Wolverine’s signature look in these movies seems to be jeans and a wife beater rather than his yellow or brownish comic-book suits. The first X-movie even poked fun at wearing bright spandex. Instead, all the X-Men in the movie wore generic black leather, with a splash of yellow thrown in on more recent movies. Of course, X-Men movies were at the forefront of modern superhero films, and the movies did help change Hollywood’s general avoidance of serious

superhero movies. But if audiences can accept characters like Rocket Raccoon and Hellboy, then a yellow or orange costume shouldn’t be too hard to handle.

With Hollywood so proliferated with superheroes, standing out with a distinctive costume isn’t such bad thing. This goes for TV series as well. Most people would likely love to see Luke Cage or Iron Fist in a costume, perhaps as much as they’d like to see Wolverine behind his traditional mask. There really is no reason to avoid traditional costumes anymore. Superheroes are part of the mainstream, and if anything, audiences seem to respond best to those movies that fully embrace the unique aspects of a superhero. Costumes also, though they may have a certain goofy appeal sometimes, can be done right. Sure, some comic-looks need a little tweaking at times, but the real importance of a costume is that when audiences can really sink into a superhero movie, when it can become believable, the iconography of the outfit becomes more than just what a superhero is wearing. A costume essentially, can represent the good that goes hand in hand with a hero.